Rajasthan is a semi-arid state with 70% of the region covered by desert. The dry and hot weather makes Rajasthan a good place to travel at any time of the year.

The hottest months are May and June when the average temperature reaches 40°C (104°F) during the day. The monsoon season in Rajasthan is from July to September; however, rainfall remains moderate and it only rains one day out of three in average. October to March is the best time to visit Rajasthan with dry and cool weather. Temperature during these months varies between 25°C (77°F) during the day and 10°C (50°F) during the night. 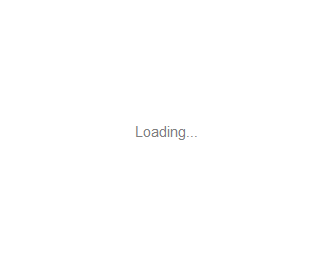 Temperature and precipitation in Rajasthan

What is the coldest month in Rajasthan?

When is the monsoon (rainy season) in Rajasthan?

With some regions receiving more downpours than the other parts, the monsoon in Rajasthan stays from July to September making the weather pleasant to visit the state.

How many days per month does it rain during the monsoon season in Rajasthan?

With an average rainfall of less than 80 mm (3.1 in) per month in most parts of Rajasthan, the state has approximately 12 days of rain per month during the monsoon season and it usually rains for no more than an hour.

What is the driest month in Rajasthan?

With no rainfall and a chilled atmosphere, November and December are the driest months in Rajasthan.

What is the hottest month in Rajasthan?

The hottest month in Rajasthan is May which reaches a maximum temperature of 40°C (104°F) but the nights become pleasant in the Thar desert to enjoy bonfires under the starry sky.

When is the best time of the year to visit Rajasthan?

The best time to visit Rajasthan is during autumn and winter, from October to March. The monsoon season, from July to September is also a good time because it does not rain a lot in Rajasthan during the monsoon. May and June are the hottest months and it is less pleasant to visit Rajasthan at this time.

Spring and Summer in Rajasthan (April to June)

April marks the beginning of summer in Rajasthan. The days become very hot and dry with an average temperature of 40°C (104°F). Some places are less hot than others. Despite the heat, the area is semi-humid and encounters some sandstorms during the day. Without proper precaution, travellers can get weak and fatigued.

There are some captivating summer fairs and festivals like the Mahaveerji Fair, Mount Abu Summer Festival, and Teej celebration that gain a lot of attractions.


Tips to enjoy the summer trip to Rajasthan:

Monsoon in Rajasthan (July to September)

The dry summer is replenished by the monsoon rain that arrives by July, making the heat bearable. Rajasthan witnesses green vegetation popping out in the desert terrain and filling up the lakes. The weather varies from arid to sub-humid, receiving the most rainfall between July and September, with the temperature rising to a maximum of 33°C (91°F) during the day.

The Aravalli Mountain Range stands tall dividing the region into two halves with the fertile plains in the east and the desert in the west. The western regions of Rajasthan have low rainfall, low humidity and high-velocity winds whereas, the eastern regions of Rajasthan get low-velocity wind, high humidity and higher rainfall. The total rainfall for Jaisalmer during the 3 months of monsoon is around 120 mm (4.7 in) whereas Jaipur gets around 330 mm (13.0 in) of precipitation. October gets some post-monsoon rain while mid-June gets pre-monsoon rains.

A Rajasthan tour during the monsoon season requires raincoats and umbrellas to avoid getting drenched. However, don’t worry too much because rainfall remains moderate in Rajasthan. It does not rain every day and when it rains, it is usually just one hour of heavy rain, mostly occurring in the afternoon. The monsoon season is also the best time to enjoy bird watching and wildlife at Keoladeo National Park and Ranthambhore National Park.

Finally, travelling in Rajasthan during the monsoon (rainy season) remains an excellent option.

Autumn and Winter in Rajasthan (October to March)

The winter season in Rajasthan can be experienced from October to March when the maximum temperature during the day is around 25°C (77°F) while the minimum is near 15°C (59°F) during the night. This is the most pleasant time of the year to visit Rajasthan. This is also the time of the peak tourist season when hotels are more expensive.

After autumn, winter steps into Rajasthan and settles down by December and January being the coldest. The days are cool with a maximum temperature of 23°C (73°F) and the nights are around 10°C (50°F) in Jaipur. The western winds blowing across the region make the sandy land colder and also fetch light rainfall. The weather stays cold during the whole winter.

A trip during the winter accompanied with warm clothes lets you enjoy outdoor activities like sun lounging, camel and elephant safaris, visiting the fairs and festivals, enjoying campfires under the star-studded sky, and savouring local food along with regional music and folktales. November holds the celebrated Pushkar Mela. With the arrival of March, the temperature begins to increase as it walks toward the hot summer.