the White City of Rajasthan

City of Rajasthan, 258 km from Jodhpur 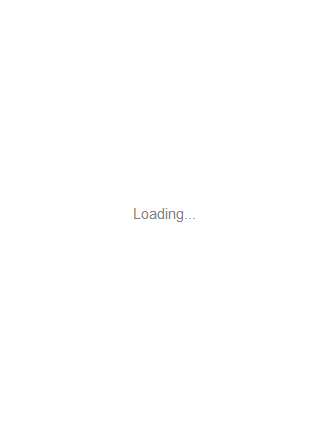 Places to visit in Udaipur

Located in the southern part of Rajasthan and surrounded by the Aravalli Hills, Udaipur offers a perfect destination for anyone who is looking for love in the air. The serenity that shrouds the lakes of Udaipur, the majestic royal palaces against the azure sky, the narrow, timeless lanes that crawl throughout the city, everything adds to the charm of the already charming city.


In 1892, Colonel James Tod, the region's first political agent from the East India Company tagged Udaipur as the ‘the most romantic spot on the continent of India’. Centuries later, the romance might be wearing a little thin with hotels rising sky-high to compete for the best view and the hustle and bustle of city life. However, the breathtaking sunset from the Lake Pichola boat ride spells romance, in capital letters!

The picturesque beauty of Lake Pichola


Mesmerised by the beauty of this artificial lake created in 1362, one of the rulers of the land, Maharana Udai Singh, decided to build his capital on its banks. Thus, Udaipur was built on the shores of the lakes whose beauty captivates its onlookers.


Udaipur is known for beautiful sunsets and on this tranquil lake, you can go for a boat ride and enjoy the colours that the sky puts on as the sun sets below the horizon. There are natural and manmade islands on the lake on which lavish palaces are built. These palaces, which used to be summer retreats of the royal family members, are now converted into luxurious accommodations for tourists.


There is also a sanctuary for different species of birds on one of the smaller islands.


Among the most visited places in Udaipur, City Palace tops the list. Built with marble and granite, this stunning palace complex is the second largest palace in India. The nooks and corners of the palace reflect an exemplary amalgamation of Rajasthani and Mughal architecture. There are balconies in this palace that offer a panoramic view of the lake and the city.


Often called the “Venice of East”, the city houses a total of 8 lakes, Lake Pichola being the most famous lake in Udaipur. Amidst the tranquillity of Lake Pichola, a few palaces were built like the Jag Mandir Palace and Jag Niwas among others.

Facts and tips about Udaipur

Udaipur offers different kinds of stay facilities across the city. Since the people of Udaipur are warm, you can expect amazing hospitality in all of Udaipur's hotels.


Located at a five-minute walk from Bagore ki Haveli, a famous landmark in Udaipur, the Oolala Lake House offers all basic amenities and has a kitchen that serves vegetarian-friendly meals. It is a budget-friendly stay option in Udaipur.


This budget-friendly hotel offers great city views and has a rooftop restaurant that overlooks the Aravallis and the gorgeous lake ghats. The rooms come with all basic amenities.


This is a heritage hotel which used to be a mansion for the royal family members before. The rooms are luxurious and have an old-world charm. While the standard rooms are mid-priced, the lake-facing suites' prices are steep but completely worth the stay.


Located very close to the City Palace, this hotel offers amazing views of the lake from every room. This hotel is mid-budget and has a rooftop restaurant serving multicultural cuisine.


Built in the 18th century, this hotel comprises of 22 rooms with beautiful views of Lake Pichola, City Palace, Jagdish Temple and other wonderful spectacles. The hotel also has a restaurant that serves authentic Rajasthan cuisine along with other cuisines.

Udaipur boasts of its flavoursome food. From Daal, Baati and Churma to Pyaaz kachori, the city offers some of the best dining experiences for tourists.


This is a pocket-friendly, vegetarian restaurant serving authentic Rajasthan cuisine along with North Indian, Gujarati and Chinese cuisines. You can opt for a thali which is a set meal with unlimited servings. It opens at 10:30 am and closes at 3:30 pm and again opens from 6:30 pm to 10:30 pm.


Good food, great quantity with a view - that's how tourists describe Soul. You can get lip-smacking North Indian, and Mughlai cuisines along with Italian, Chinese and Continental food. The shakes here are also good to have with the food.


This is a good option if you want to savour the authentic taste of Rajasthan, even the street foods. There is an ample seating area and hospitable staff who will make your dining experience even better.


This restaurant offers amazing views and delectable multi-cuisine food. Though it has both indoor and rooftop seating available, it is recommended to book a table to avoid long waiting.


Whether you want to grab a quick bite or indulge in some authentic, spicy Rajasthani food, then you can visit this restaurant. It has a delightful ambience with a modern vibe that makes your dining experience even better.

How to reach Udaipur

You can reach Udaipur from Jodhpur in 5 hours, from Bundi in 4.5 hours, from Pushkar in 5.5 hours and from Jaipur in 7 hours.

Other cities near Udaipur

1. Which is the best place to shop in Udaipur?

If you are looking for artwork and handicrafts then you can visit Hathi Pol Bazaar and Bada Bazaar. If you want to buy Rajasthani textiles, you can visit the shops on Lake Palace Road.


2. Which are the best months to visit Udaipur?

Though the winter months of October to February are the best time to visit Udaipur, winters are usually very crowded. So, it is advisable to make prior bookings of your stay throughout Rajasthan for a convenient tour.


3. What is the most famous food that tourists should have in Udaipur?

Other than the national food of Rajasthan, Daal Baati Churma, Udaipur also offers a wide range of spicy delicacies like Mirchi Vada (chilli fritters), Dabeli (bun with potato filling), and even sweets like Jalebis and Faloodas. Word of caution, have your food steaming hot if you are having street food.