Let our drivers
guide you
through
Rajasthan

Let our drivers
guide you through
Rajasthan

Must-see sights during your Rajasthan visit.

The capital of Rajasthan has a lot to offer. Jaipur’s star attractions are the City Palace, Hawa Mahal (Palace of Winds), the Jantar Mantar (royal observatory), Amber Fort…

The majestic hilltop Mehrangarh Fort, the most spectacular citadel in Rajasthan, looms over the blue-tinged city of Jodhpur and its old townhouses.

The Taj Mahal rises from Agra's haze like something out of a dream. When you see it, you will understand why it is the world’s most beautiful monument.

In the far west of Rajasthan, the golden city of Jaisalmer appears like a massive sandcastle rising out of the arid Thar Desert.

The Shekhawati region is famous for its havelis (merchants’ houses) covered with exquisite murals. Highlights include the small towns of Mandawa and Nawalgarh.

Spreading around the shores of Lake Pichola, Udaipur is considered the most romantic city in India with whitewashed palaces, havelis and temples at every turn.

The popular Golden Triangle, with around 250 km distance between each corner, consists of 3 of India’s most visited cities:

The name Rajasthan literally means “The Land of the Maharajas (or great Kings)” in Sanskrit. Rajasthan is well known for its medieval forts, magnificent palaces and finely carved temples. Scattered across an arid territory, there is the "Pink City" of Jaipur, the "Blue City" of Jodhpur, the “White City” of Udaipur and the "Golden City" of Jaisalmer in the mighty Thar Desert.

Top tours in Rajasthan from Delhi 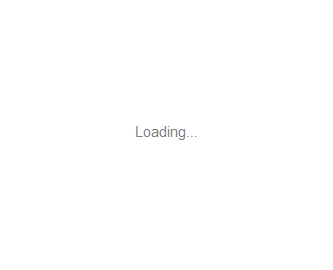 Why travel with Rajasthan Tours & Drivers

Why travel with
Rajasthan Tours & Drivers

Whether you know exactly what you want or need some travel inspiration, we will help you to create your perfect holiday.

Build your own customized tour or adapt a pre-designed tour.

We have a wide range of air‑conditioned vehicles for all group sizes and budgets. All our cars and minibus are recent and well maintained.

Your driver will guide you
through Rajasthan and will be available 24/7 for you (e.g. drive to the restaurant for dinner).

He will take you to all the sights as per the itinerary, and you have the flexibility to explore more locations if you want.

We know Rajasthan like the back of our hand. Before and during your trip, we take care of all the details.

Rajasthani cuisine consists of diverse ingredients. When put in a cauldron and a magic spell is cast upon them, we end up...

Rajasthan is a semi-arid state with 70% of the region covered by desert. The dry and hot weather makes Rajasthan a good...

This is the beginning of the article about...

This is the beginning of the article about...